"Quaint, but cleaner and more stylish" 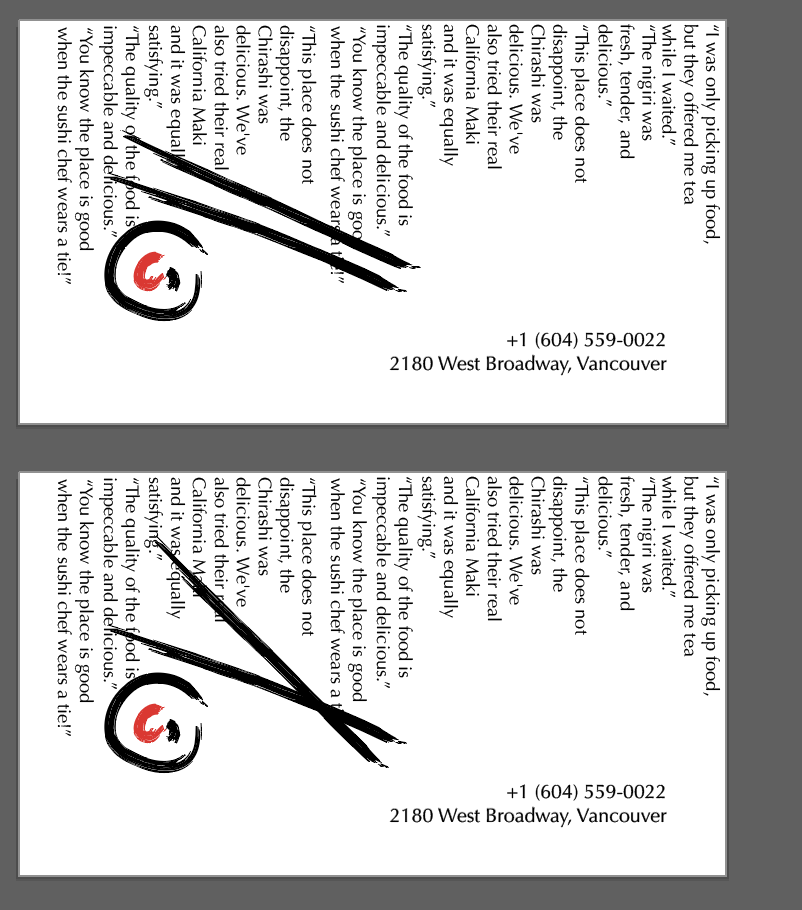 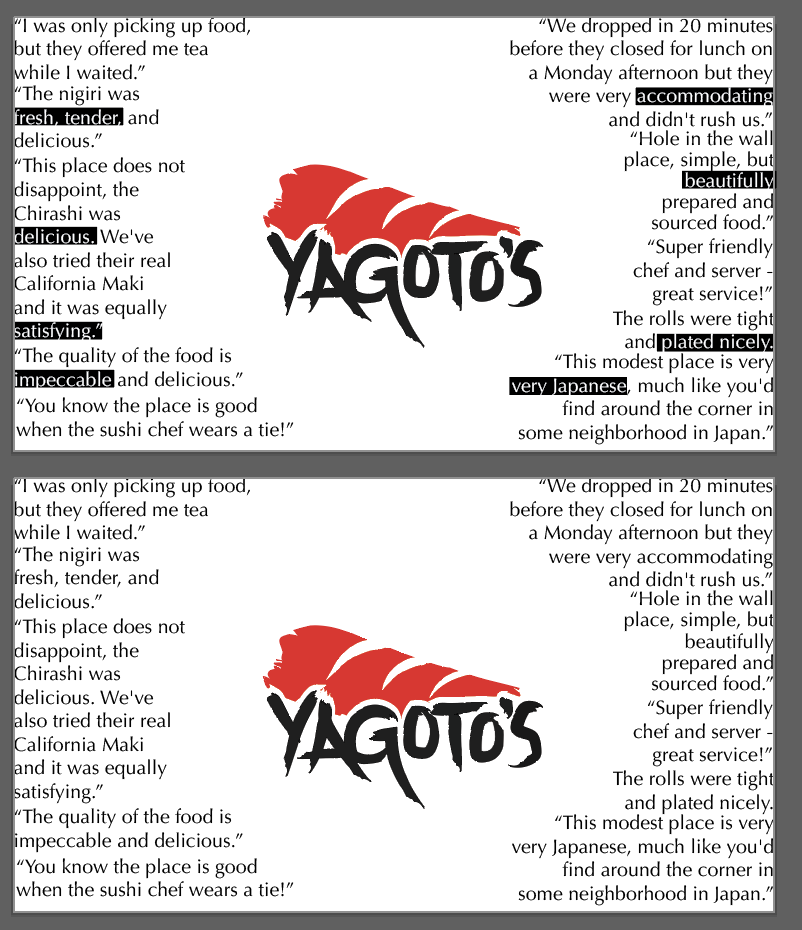 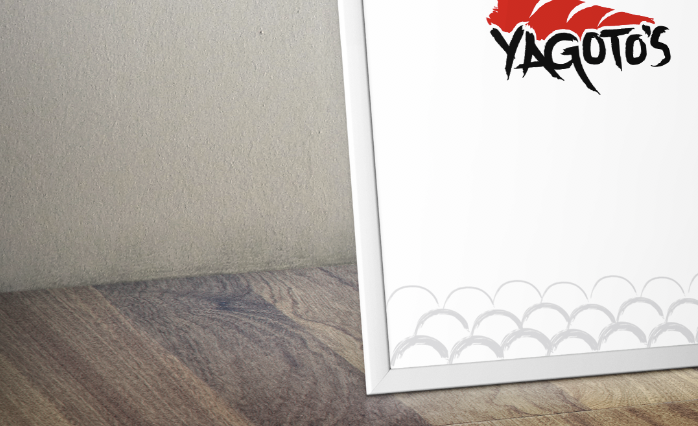 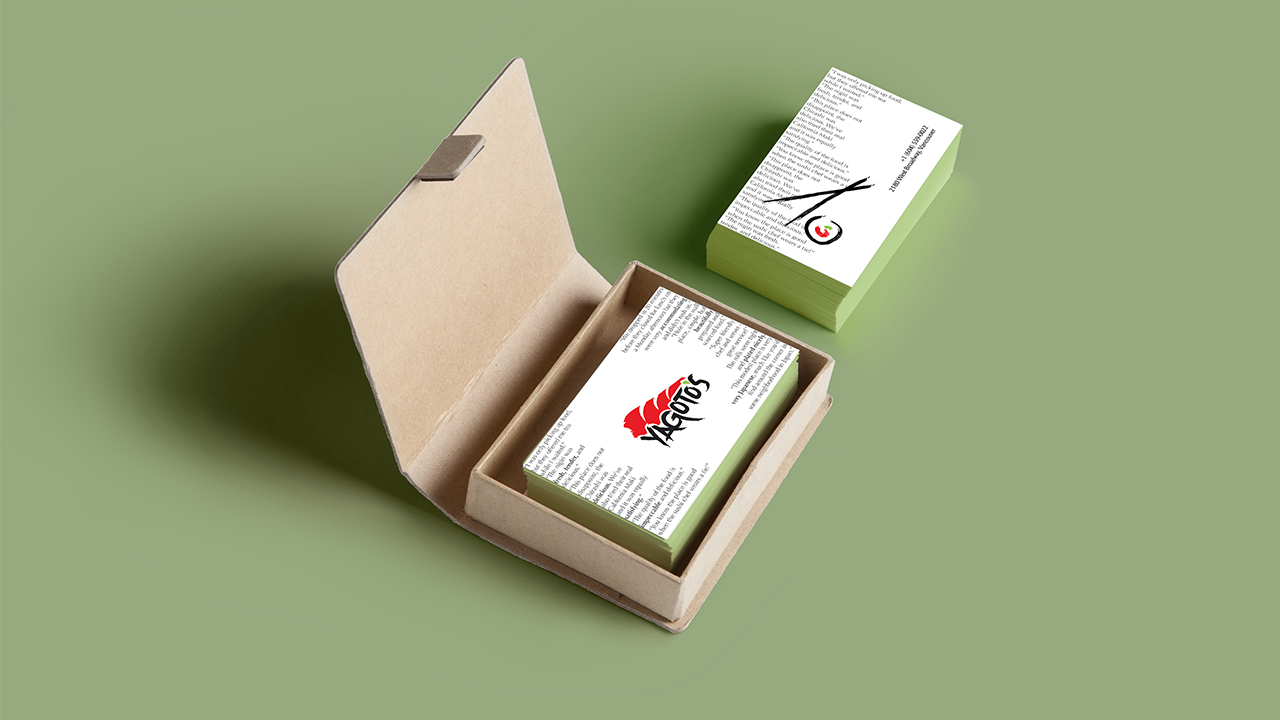 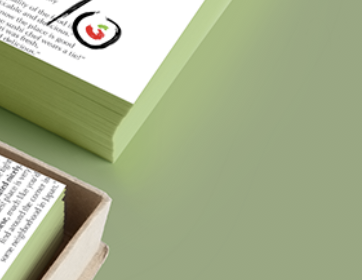 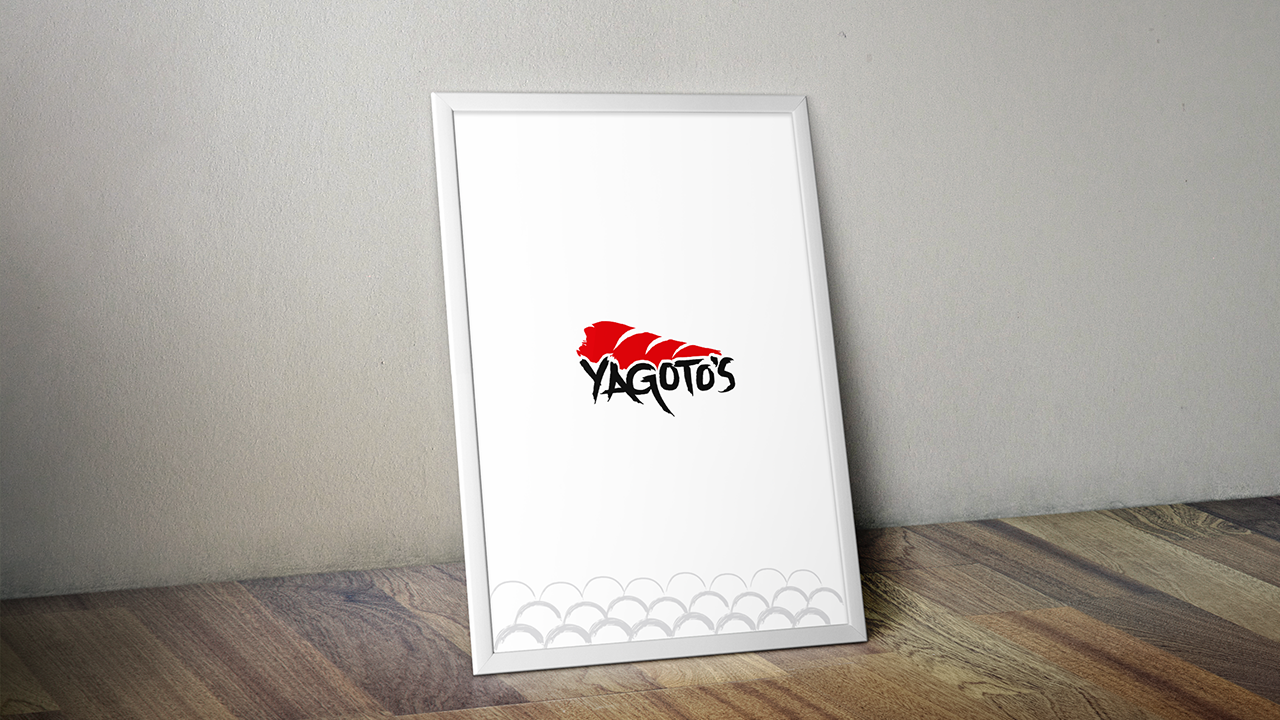 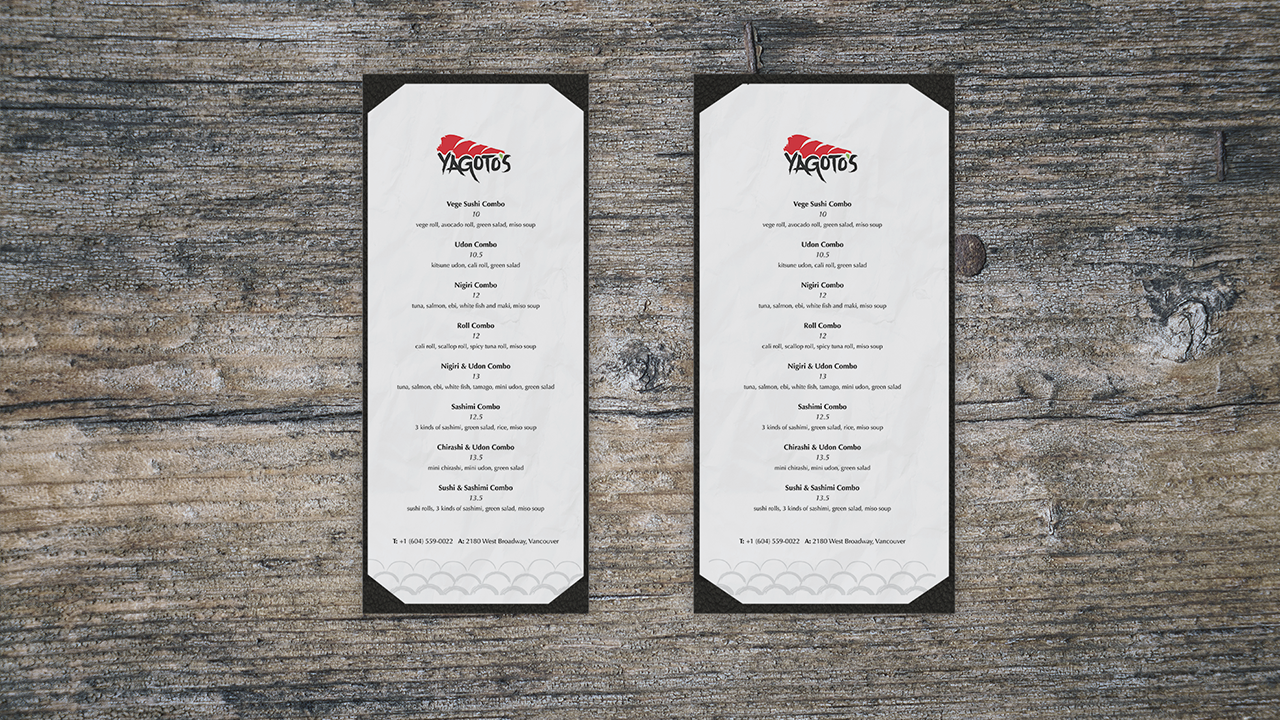 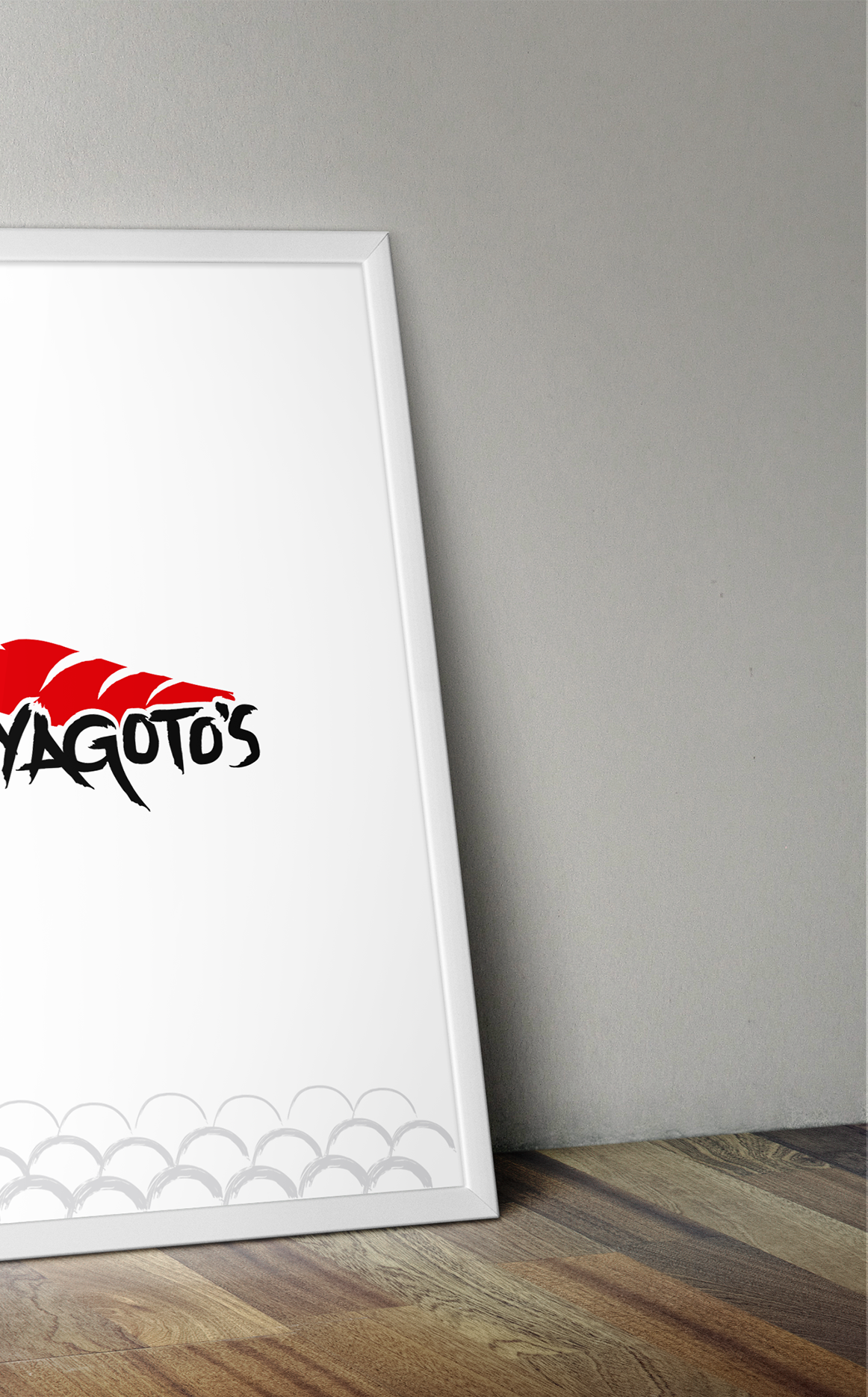 Yagoto's identity is one that revolves around quality and service. It is locally owned and operated, often with the owner working as the head chef of the restaurant. However, Yagoto's branding appeared to be rather dated despite the fact that it was a relatively new business. Within this project, we do a conceptual rebranding that better reflects Yagoto's identity .

The outside of Yagoto's is unreflective of its identity as a Japanese restaurant. Neon-like tubing caused the location to look dated. The design of a new logo is the building block of an effective marketing strategy for Yagoto's.

Yagoto's does not currently utilize business cards as part of its promotional strategy. The implementation of business cards and other stationery will reduce reliance on students from a neighbouring school as the customer base, meaning that a lack of sales during non-peak seasons such as the summer can be mitigated.

The current menus available at Yagoto's are hand-written, without much reference to Yagoto's brand identity. The following design utilizes a modern, minimalist style to display items, and fulfills its role in maintaining the brand image as part of the customer experience.

Project Highlights:
1. Standard colour schemes are integrated with a bold, playful design to communicate the individuality of Yagoto's' identity
2. Use of text from customer reviews on business cards is a nod to the business's appreciation of patrons
3. Classical fish scale accents are used on menus to reflect authenticity of cuisine